Ly9 December 2022Our StoriesComments are off for this post

Both Blender and Cinema 4D are the best 3D software for animation, but they target different audiences. Cinema 4D vs Blender – which is better? This article is for beginners or those looking for answers to this question.

Cinema 4D vs Blender – an overview

Our first step will be to give an overview of a few 3D software programs.

With this toolkit, our graphic designers, motion graphics artists, VFX artists, AR/MR/VR creators, game developers and all kinds of professionals can easily develop 3D workflows more efficiently and effectively. The software was developed by Maxon, a German company.

The Blender software is free and open source. The Blender Foundation developed Blender in 2002, and launched the “Free Blender” crowdfunding campaign.

The software supports all phases of the 3D pipeline, from modeling to rigging to animation to simulations, rendering to compositing and motion tracking to video editing to game development.

It is the best design and animation platform for individuals, small studios, and large companies. It supports modeling, rendering, VFX, simulation, and video editing.

A comparison of Cinema 4D and Blender: 4 key differences

Among all the 3D software, many 3D artists consider Cinema 4D to have the best user interface.

Even beginners will find Cinema 4D’s user interface easy to use. You will need only a few days for familiarizing yourself with the menus, tools, and more if you’re a beginner. 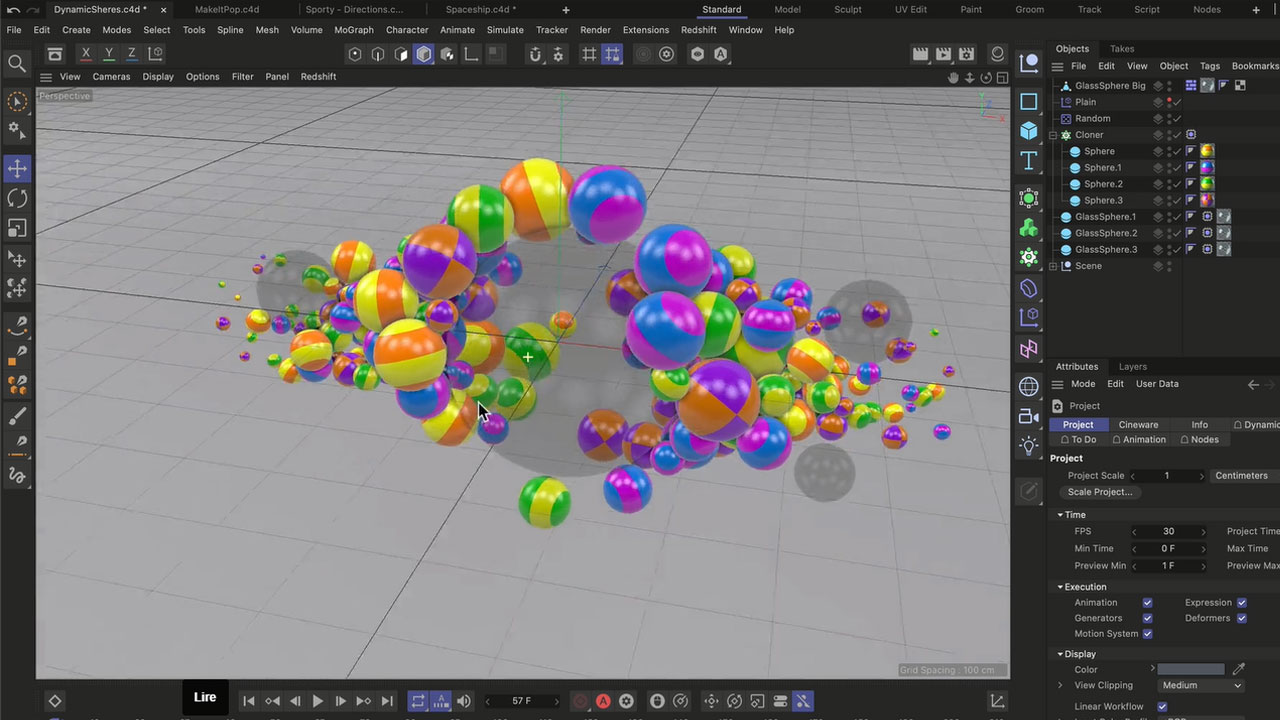 The user interface of Cinema 4D.

In Cinema 4D, all object properties, add-ons, brush settings, and other features are located in one place. You can easily to workflow with that. In comparison to Blender, you cannot find all of this in one place. Settings appear in separate panels, so you must take some time to find what you want to change.

Additionally, Cinema 4D offers one of the best user interfaces, Object Manage, which handles all objects in a scene. When dealing with scenes that have thousands of objects within them. With its many powerful features, including the tagging system, capture system, drag-and-drop capability, and more, it makes your workflow much easier.

A polygon model is one of the great features of both Cinema 4D and Blender. However, modeling in Blender is more attractive than in Cinema 4D.

Since the last version of Blender was updated, its controls for manipulating geometry and polygons have been simplified.

In particular, Blender has powerful sculpting brushes as well as sculpting updates almost weekly. Furthermore, you can add some popular plug-ins to Blender to speed up your workflow. 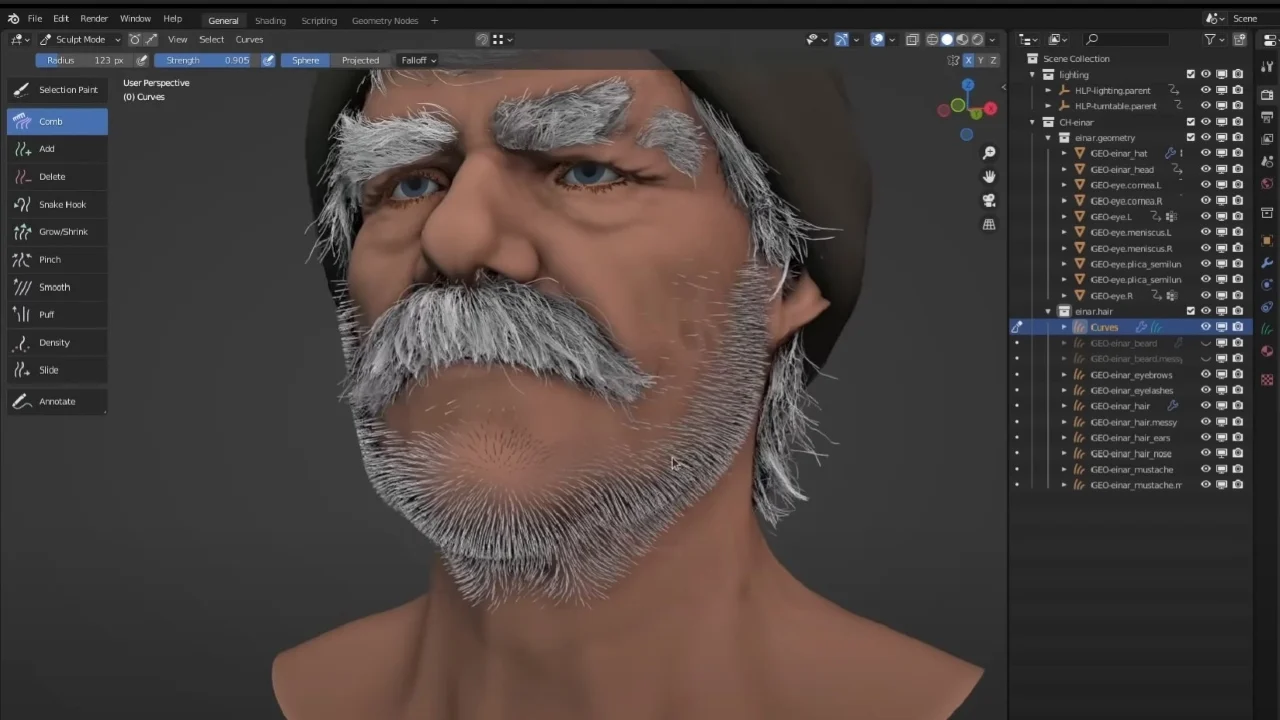 It is easier to create complex organic shapes with Blender

Conversely, Cinema 4D is the best choice for parametric modeling systems and volume modeling. You can quickly assemble your scenes with Cinema 4D’s collection of 3D objects, materials, and node capsules. 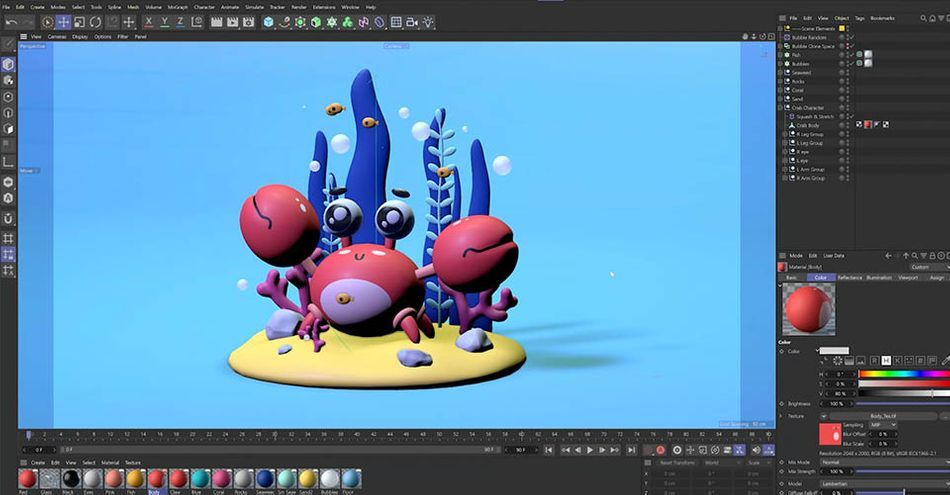 In terms of motion graphics, all 3D artists agree that Cinema 4D is better than Blender. If you want to make motion graphics that meet industry standards, Cinema 4D is the way to go. The Cinema MoGraph System is simply better. It is a powerful, comprehensive tool with powerful functionality that can transform words, generate kinetic letters, and much more.

It is important to remember that Cinema 4D and Blender each have different rendering engines and rendering methods. If Cinema 4D has Mantra, Blender has Eevee and Cycles.

Additionally, Cinema 4D has built-in support for Redshift, Octane, V-Ray, and Arnold on top of its native Physical Renderer engines.

The winner in this row is Cinema 4D. These four top render engines are used by most 3D studios and film productions: Redshift, Octane, V-Ray, and Arnold. There is a high-quality and fast rendering result there.

Cinema 4D vs Blender: Who wins?

Ultimately, you can choose between Blender and Cinema 4D depending on the project.

Our experience, however, suggests you can use both software side-by-side if you have the budget.

The Blender software is ideal for sculpting, modeling, texturing, animation, and character animation. Compared to Blender, Cinema 4D is a better choice for motion graphics and advertisement 3D animation and rendering.

In conclusion, this article has clearly demonstrated the strengths and weaknesses of Cinema 4D vs Blender. The best software for you will depend on what you need and how you understand it.

If you have any questions, please comment below! 3S Cloud Render Farm will help you answer.