Ly11 August 2022Our StoriesComments are off for this post

What is 3D Rendering Software? 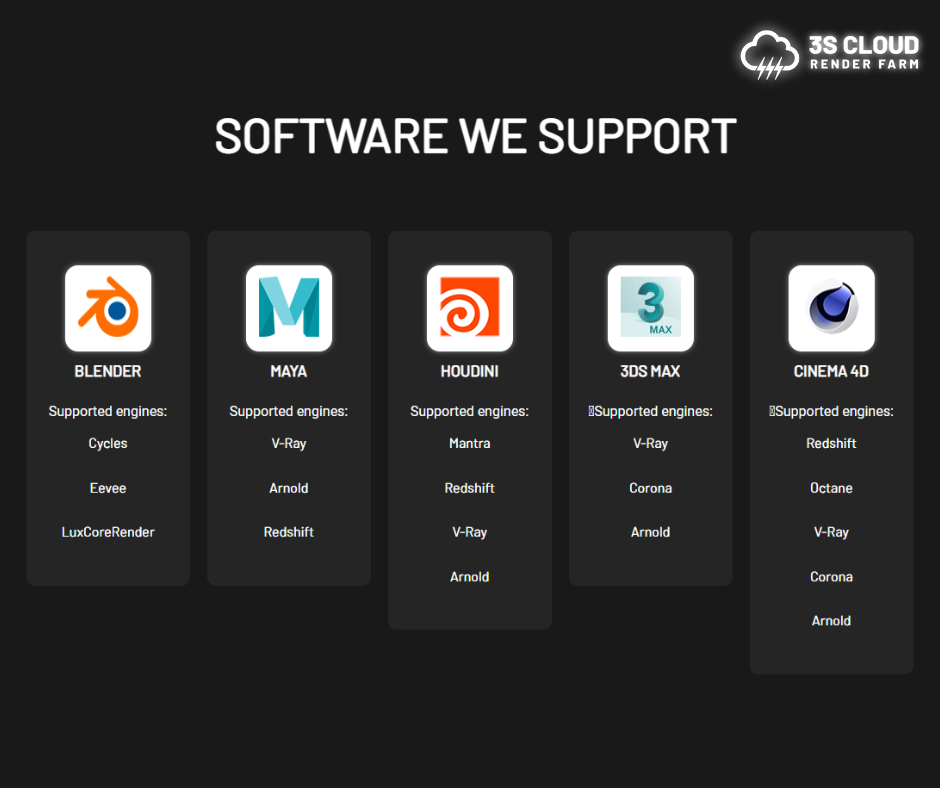 Cinema 4D is a 3D rendering software developed in Germany to illustrate, render 3D and create lifelike 3D images and videos. The latest version that 3S updates has all the best features from all previous versions and has easy-to-use installation. New to the update include:

The update version of 3S is Maya 2023 used on CPU devices. Some of the supported updates are:

3ds Max is a 3D rendering software developed by Autodesk. This is a specialize software use mostly by video game and movie developers. It is really helpful in creating virtual reality experiences and visualizing designs. Update version of 3S is 3Ds max 2023 use on CPU devices. Some of the updated features include:

Blender is free and open source graphics software with a variety of applications, such as mesh modeling, sculpting, and animation. Update 3S version is 3.0 for GPU devices:

Houdini is a 3D animation creation software developed by SideFX, most commonly used in FX departments to create visual effects in movies and games. The latest updated 3S version is Houdini 19 for GPU devices. We’ll give you a list of the new features:

To summarize, the above are the latest rendering software updates that we are supporting users. 3S Cloud Render Farm is sure to bring you an unprecedented Render experience. Please register an account Here to use the best service experience.